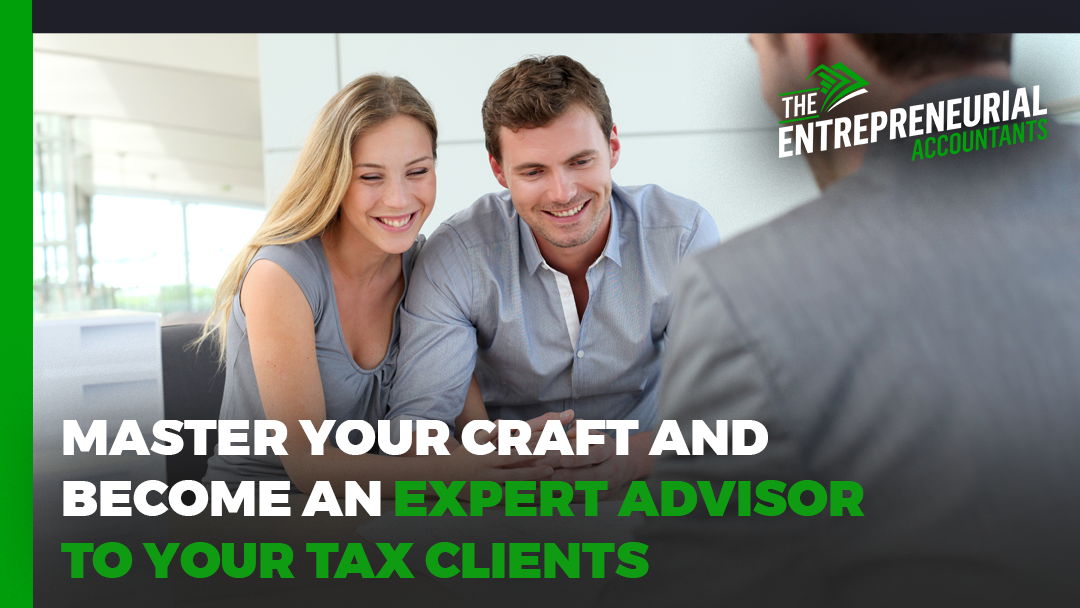 What’s the biggest win you’ve had working with your tax clients?

I won an audit with a $1,000,000 tax liability potential and I didn’t use a single number, invoice, bank statement, or expense.

Here’s the full story of how I did it and why specializing my practice enabled me to get the results we got.

The Benefits of Specializing in a Niche

My niche, and the only thing for which I market, is tax representation.  This covers defending audits, negotiating complex installment agreements (and simple ones too), planning for and submitting Offer in Compromises (not planning to have debt but rather once the debt exists, putting the client in the best position possible to have the OIC accepted) & negotiating OIC to closure, Appeals, lien/levy/garnishment releases – basically I can fix any tax related problem.

There is ALWAYS a solution. Because I’ve chosen to focus in this area I’ve become really darn good at it.  I’ve taken extensive training (BS in accountancy, a law degree, NTPI and a lot of CE) and have tons of practical hands on experience.  This experience has enabled me to have some amazing wins and I’m going to share one.

The Facts and Circumstances of the Audit

I was contacted by the client’s accountant in 2016 and the three of us met.  The facts are as follows: Client was unavailable from 2008 through May of 2015.  The client owned 2 auto repair shops. He made a hand-shake deal with the main employee at each of the shops.

The agreement was each guy was to run the shop where they worked as if it was their own business, including keeping all profits, while my client was away.  Nothing was put in writing. The lease, utilities, business license, sales tax resale permit, bar permit, and all other business accounts and permits were in my client’s personal name.

When I was hired the IRS had opened a 6-year audit and wanted to assess $1,800,000 in unreported income against my client for tax years 2010 – 2015.  This would have resulted in about $1,000,000 in federal tax, penalties, and interest, not counting what California would do to him once they were notified of the audit by the IRS.

I interviewed my client, the guys who took over operations, my client’s wife, the landlord, and started asking for data.  I did the typical accountant thing and requested proof of utilities, rent, parts invoices, etc. Then I brainstormed and came up with what I thought was a great plan but I was told by fellow colleagues I was crazy and that it would never work.

I decided I would argue my client did not have a business. You read that right. I was going to argue my client was not in business during 2010 – 2015.  The Revenue Agent also thought I was nuts when I first put it on the table but I simply asked for time to prepare a memo with points and authorities for her review.

How I Laid Out the Case to the IRS

Here is how I laid out the arguments:

Winning Big with a Tiny Settlement from the IRS

We just signed on the dotted line as fast as possible and accepted the result before the IRS could change its mind.

Becoming an Expert in Your Niche

So what’s my point?  My point is I advise you to take a hard look at your business, your skills, your experience, and your passions, then use this introspection to pick a niche whether it be industry specific or task specific (tax problems like me?).

You will be great at it, you will be recognized as the go-to expert, you’ll have many wins you can share, you’ll love what you do, and you’ll make a great business out of it! 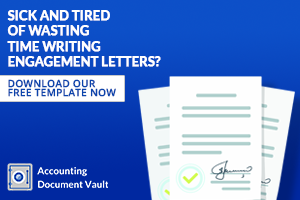 Juan earned a B.S. in accounting, a law degree, he is a licensed Enrolled Agent, he was named an NTPI Fellow in 2016, and has 12 years of experience as a tax pro. Juan is a member of the California Society of Enrolled Agents, Big Valley Chapter, and the National Association of Enrolled Agents. Juan has been quoted numerous times in the San Francisco Chronicle and U.S. News & World Report. Juan is proud to say he has saved clients millions of dollars! Juan has defended audits before the Internal Revenue Service (IRS), California Franchise Tax Board (FTB), Board of Equalization (BOE), and Employment Development Department (EDD). During law school Juan won awards for earning the highest overall grade in the courses of Civil Procedure Law, Personal Property Law, and California Community Property Law. As an Enrolled Agent who specializes in audit defense and representation, this knowledge is invaluable in obtaining great results for his clients. 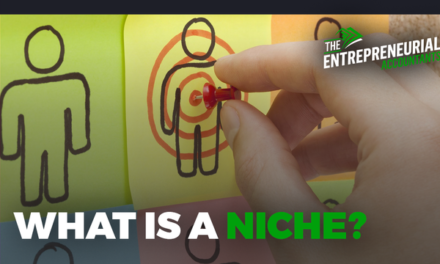 What is a Niche? 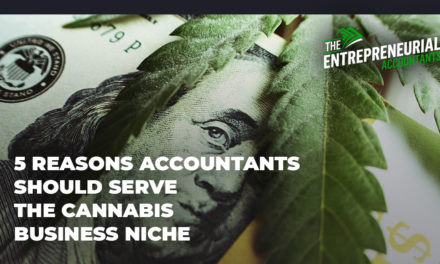 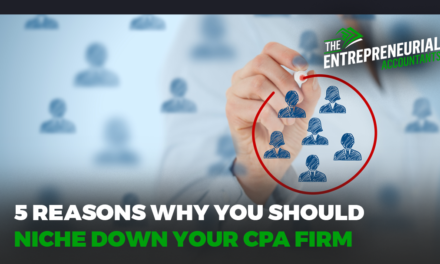 5 Reasons Why You Should Niche Down Your CPA Firm 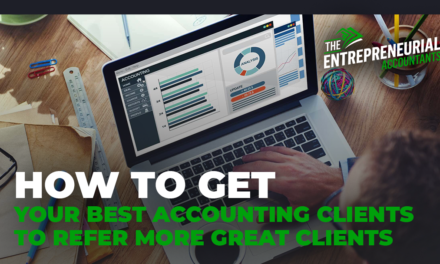